Kateryna Sehida, a lecturer of the department, won the city competition " Young Human of the Year - 2020" in the nomination "Scientific Activity".

The award ceremony was held by the First Deputy Mayor of Kharkiv Ihor Terekhov on October 23, 2020, he presented thanks, certificates and statuettes to 10 winners and 20 winners of the competition in certain nominations https://city.kharkov.ua/uk/news/-45914.html.

Taisia Sazonova and Darya Prylutska, students of Karazin University, also won the city competition "Young Man of the Year - 2020" in the nomination "Students (cadets) of higher education institutions of III-IV accreditation levels". Congratulations to the girls and we wish them inspiration and further achievements!

Congratulations to the members of Karazin University, we wish inspiration, further and new achievements! 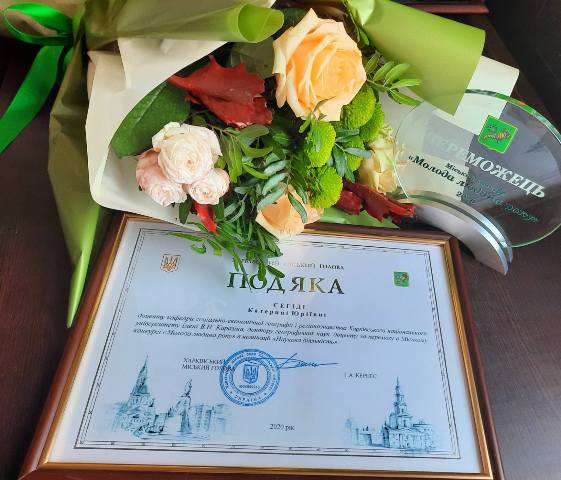 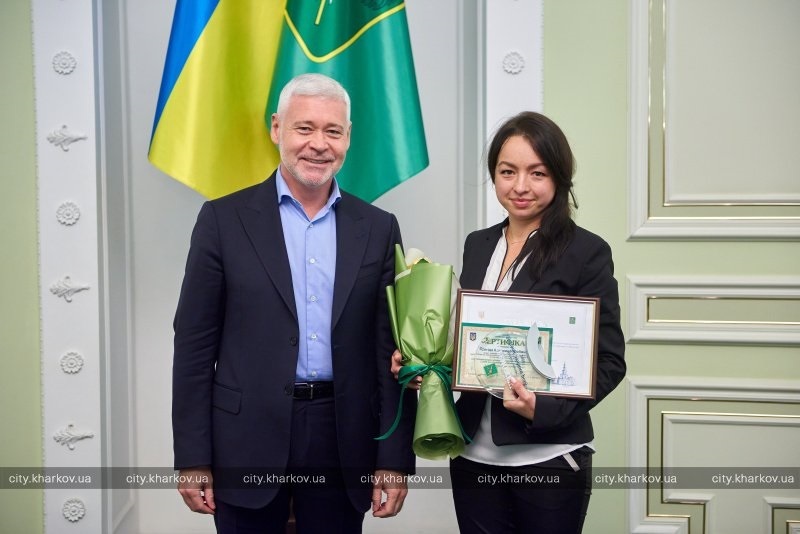 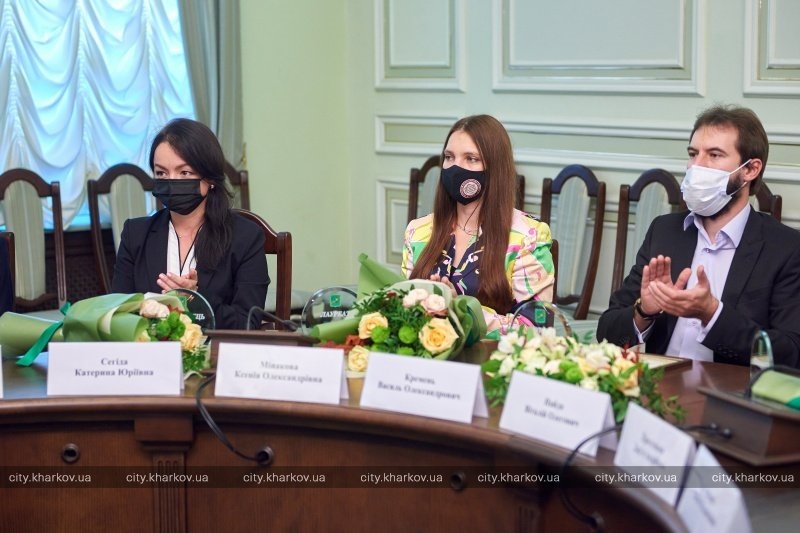